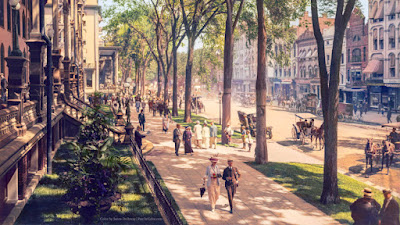 Kurds, Turks and the importance of secession

It is my conviction that any sensible freedom-loving individual ought to be, by definition, a proponent of secession in all circumstances. Indeed, many classical liberals and libertarians of note have argued as much. I find it astaunding that there are self-styled 'libertarians' and 'classical liberals' who are opposed to secession in some or all cases. Something that just recently struck my as truly bizarre is the reaction of some people in egards to Turkish government aggression towards Kurdish secessionists. That is to say: there are people involved in the liberty movement with such a weak grasp of basic economic concepts and such a shocking lack of historical perspective that they will happily side with the imperialist Turkish regime when it comes to the Kurdish struggle for independence... "because the PKK is communist!"

Maybe an elementary lesson in history would benefit them. One might consider, for instance, that if Turkey had let the Kurds go on their merry way to indepence long ago, the communist revolutionary nonsense would never have had any appeal to the Kurds at all. Beyond that, it's a simple fact that the Kurds (who have no ethnic or linguistic relation to the Turks) don't want to be a part of Turkey. Even if they want to be communist (and I wouldn't advise it), it's still their own damn business. Turkey has occupied Kurdish land for far too long, and putting an end to that immoral occupation is simply a matter of respecting the fundamental right to self-determination.

This whole mess is the fault of Turkish imperialism in the first place. Personally, I remain convinced that at the end of World War One, both the Kurdish areas in the east of Anatolia and the Greek areas in the west ought to have been freed from Turkish rule. Instead, the Turks were allowed to continue to oppress the Kurdish people, and even to expell the Hellenes from Anatolia (where they had lived for thousands of years, long before the invading Turkish hordes ever stirred from their barbarian tents in East Asia). Civilised people ought to condemn these mistakes of history, as well as the sorry situation that has emerged as their result. Civilised people ought to support a free Kurdistan, and perhaps—just perhaps—they ought to give some consideration to the question wether the world would not be better off if 'Istanbul' would still be known as 'Constantinople'.

History clearly condemns the Turkish state, and puts the Kurds in the right. Yet even if one ignores all this, the secession of the Kurdish regions of Anatolia would still be a very good idea. Secession is always desirable, because it always improves the situation. This has been explained perfectly by professor Hans-Hermann Hoppe, who should perhaps be considered the greatest living thinker within the liberty movement. Writes Hoppe:

Forced integration invariably creates tension, hatred and conflict. In conflict voluntary separation leads to harmony and peace. Through secession hegemonic domestic relations are replaced by contractual – mutually beneficial – foreign relations. Rather than promoting a downward leveling of cultures, as under forced integration, secession stimulates a cooperative process of cultural selection and advancement.


That is to say: as long as the Turkish regime (or any regime) forcibly keeps the Kurdish people (or any unwilling people) enchained within the confines of its imperialist state, that state will suffer from internal strife. This benefits absolutely no-one, and as the conflict escales, it will actually demand a very high toll; in lives, in freedoms, and (if one is heartless and does not care for life or liberty) in wealth. Constantly fighting an internal war costs a lot. By allowing the unwilling people to secede, relations can be normalised, costs can be avoided, and profitable trade relations can be established.

Perhaps more importantly, the simple act of secession also creates a seconds polity, which automatically competes with its neighbours. It is a funamental truth of economics that competition drives down prices and drives up quality. Hoppe explains what this has historically meant in a European context:

Contrary to the political orthodoxy of the contemporary Eurocrats, precisely the fact that Europe posessed a highly decentralised power structure of countless independent political units explains the origin of capitalism – the expansion of market participation and of economic growth – in the Western world. It is not by accident that freedom and prosperity first flourished under conditions of extreme political decentralisation: in the northern Italian city states, in southern Germany, and in the secessionist Low Countries.

It is assumed that larger political units – and ultimately a single world government – imply wider markets and hence increased wealth. However, this is untrue. The larger the territories the lower a government’s incentive to continue its domestic liberalism will be because people will lose the possibility of voting with their feet.


Hence, the argument that the Kurds should not be allowed to secede because they are "communist" is essentially ludicrous. Secession itself will ultimately benefit all involved parties, and if secession becomes standard practice, the vastly increased 'competition of nations' will make communism itself impossible to maintain. Communist statelets will simply be unable to compete.

Finally, the reasoning that secession of "communists" should be prevented because this would trap non-communist Kurds within a communist state is inconsistent and illogical. Anyone who only supports the secession of any region when freedom in that region will increase as a result (and refuses to endorse secession when freedom in the seceding region will decline) is not thinking logically.

Let us consider state A, consisting of provinces B and C. now imagine that B is very freedom-loving, whereas C is very collectivist and totalitarian. they both influence the politics and culture of A, which ends of rather moderate. Now imagine someone supporting the secession of B, because this will lead B to enjoy greater freedom... but opposing the secession of C, because this will cause C to become less free.

We are drawn to the inevitable conclusion that almost all secessions will result in either the seceding territory becoming more free and the remnant becoming less so... or the exact reverse. Yet in any case, as Hoppe has explained, secession ultimately increases competition between states and thus aids liberty everywhere. Therefore, secession, regardless of the ideology of the secessionists, is a good thing and ought to be supported by freedom-loving individuals. In the words of Hoppe:

Throughout the entire period of European and, indeed, global unification we have witnessed a steady and dramatic growth of government power, taxation and regulatory expropriation. In the light of social and economic theory and history a very strong case can be made for secession.


A very strong case indeed. One might go so far as to call it irrefutable. Therefore, the Kurds ought to be supported in their struggle for independence. And if the communist Kurds currently living in Turkey form one Kurdish state, and the non-communist Kurds in northern Iraq and syria form a separate state of their own... so much the better! The more competing territories, the greater everyone's share of freedom will ultimately be. In the past, this has worked wonders for Europe. The same applies to the Middle East. Let several Kurdish states emerge! A Yazidi state; a Druze state; an Assyrian state; an Aramaic state; a Lebanese Greek state; a Circassian state... etc. etc.


The Facebook thread discussing this article may be found here.

Old Shanghai and all that jazz…


Nowadays, Hong Kong is generally viewed as the capitalist bastion in China; the place most friendly to Western interests and economic sensibilities. Back in the day—meaning the period stretching from the 1840s to the early 1940s—that distinction was reserved for Shanghai. The city that would become, for a time, the glamourous and decadent “Paris of the East”. A unique gateway between China and the rest of the world. A turbulent metropolis where East not only met West, but veritably merged with it. Where an old world almost seamlessly transitioned into a new one. More than any other Chinese metropole, Shanghai during this turbulent century drew in businessmen, outlaws, expatriates and adventurers from all over the world. Needless to say, that time and place continue to hold the fond interest of all true romantics.